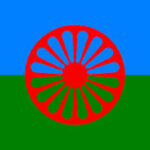 Sacueni has a community of a little over three thousand Roma, spread in eight different settlements. The usual approach towards this ethnicity has been generally one of otherness, racism and discrimination. However, not many people have stopped and given some thought or interest in the culture of Roma people. Cultures have a need for stability. The Roma community has it quite difficult due to the fact that stability is precisely what they lack. There is no complete integration to society making them unable to set roots and harmonize, adding to it the absence of territorial or political representation.

This is just a reminder of how difficult life is for the Roma, a population that over the years have suffered endless hardship based on stereotypes about their culture. It is of utmost importance to understand and consider the origins of Roma. According to historians, linguistics and experts, the Roma community can be traced back many centuries, establishing their location of origin in Northern India.

Between the eighth and tenth century, Romas entered Europe. At the beginning, the Roma community was well received, the expertise and craftsmanship were unlike any other, so the Roma gained a fair reputation in trades such as metal and wood workers, musicians and soldiers. Unfortunately, that status did not last long, as the prejudice over nomadic life started to take over, building a mystique against the Roma culture. Slavery oppressed Romas for centuries. For instance, in Romania there were Roma slaves for over five hundred years. The abolishement of slavery happened around the 1850s. Considering, after the mentioned end of slavery, the Roma community did not receive any kind of compensation, leaving them without land or lodging in which they could build a life enjoying the rights any other citizen had. Thus, Roma continued to work in their owner’s land and became part of a less institutionalized form of slavery. Anguish continued to follow the Roma community. Porajmos is considered to be one of the darkest moments in Roma history. It refers to the Holocaust during World War II, when about half a million to one million Roma from various countries around Europe were executed. August the 2nd, marks the Remembrance day for Roma Holocaust and it is celebrated across the globe.

The communist period protracted misery, as Roma were banned to speak their own language or keep cultural traditions. Hence, the ordeals that this community has endured over the centuries should already make you reconsider your mindset. It is not easy to build trust around such a battered history. Roma is an ethnic minority group without a country or land to claim as their own, with a population of twelve to fourteen million people scattered around the world. The majority of Roma live in Europe but there are also registered Roma in the United States of America, Australia, Latin America, Middle East, etc.

Their culture is featured by a rich musical and dancing, oral tradition and with a strong emphasis to the entity of family. Now, there is a strong belief of Roma inferiority and in the absence of anti-bias education or in the presence of a lot of racist statements done at the highest level in many European countries. This narrow way of thinking usually comes from ignorance and intolerance. All the historical moments and realities portrayed above have to be put forward and known so that the whole of society can begin to understand part of the reasons behind the inequalities Roma faces today.

Overcoming conceptions is not easy, but it is the first step towards integration and equality. The importance of celebrating Roma culture is, then, key. Why not start by recognizing Roma festivities in Sacueni, sharing and drinking from the Roma culture and its people? April 8th is the International Roma Day. You should mark that day on your calendars, encourage interaction, dialogue, debate, tolerance, cooperation and synergy. By continuing that trend throughout the year, you should be able to fathom the reality that Roma people have faced and currently face. Tragedies, in all forms that it takes, are only harmful. They lead to stigma and discrimination and cripples the process of social inclusion of the group. Love and patience are required to integrate Roma in Sacueni, be a part of change, open your mind, and celebrate Roma culture.